What is the difference between hurricane, cyclone and typhoon?

Hurricanes, cyclones and typhoons are the same meteorological phenomenon, but with a different name according to the place where they develop. In general, they can be called tropical cyclones. To be considered tropical cyclones, winds of sustained speeds must reach at least 119 kilometers per hour. 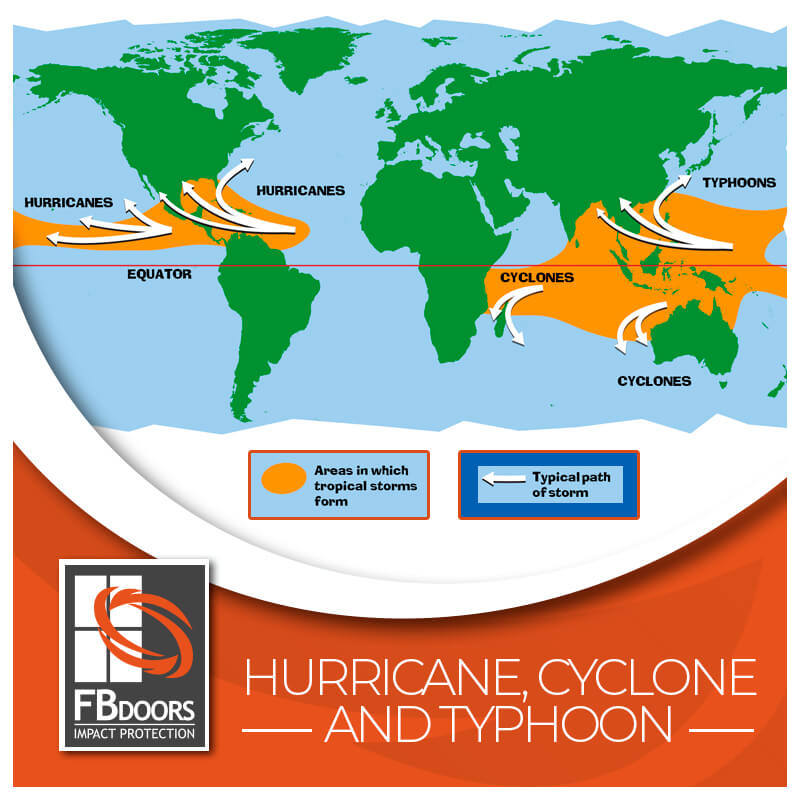 Hurricane: defined as a tropical cyclone originated in the Caribbean Sea that varies by the North Atlantic or the Pacific. They are low pressure systems with rainy and electric activity.

Cyclone: shows strong winds with rain. It occurs in the southeast Indian and southwest Pacific Oceans. In the Indian Ocean, they are called “severe cyclonic storm,” and in the southwestern Indian Ocean they are referred to as “tropical cyclones.”

Typhoon: a tropical cyclone accompanied by torrential rains that originate in the Indian Ocean and the Sea of Japan. If a typhoon hits 241 km/h, it becomes a “super typhoon.”

It is worth noting that the number of Category 4 and 5 hurricanes worldwide almost doubled from the early 1970s to 2000. The duration of tropical cyclones and their strongest wind speeds have increased by 50% in the last 50 years.